Every color of the rainbow hung up on racks; an array of gold thread, sparkly gems, and elegant jewels. The clothing of a culture defines it in the most physical ways and creates a common identity for those apart from it. Clothing stores and organizations in North Hill, such as the Himalayan Bazaar and Woven in Exile bring the beauty and vibrancy of Nepali tradition to the sometimes dull streets of Akron.

These stores and organizations are not just for creating and selling clothing; they also act as a means of bringing Akron’s large Nepalese-Bhutanese population together and incorporating them into a unique network that cannot be found anywhere else in Akron.

In addition to restaurants and convenience stores, clothing stores dot the streets in North Hill, like the Himalayan Bazaar. At these stores, residents can find an array of colorful clothing used for traditional purposes, such as religious and cultural holidays, weddings, and other special occasions.

The Himalayan Bazaar is located at 272 East Cuyahoga Falls Avenue. Here, people can find an incredible variety of clothing, both traditional, and some with more “Western influence” as well.

“We sell traditional clothes because the current generation did not forget our tradition,” said Tulasi Budathoki, whose family owns the store.

Tulasi’s family lived in Bhutan but was moved to a refugee camp in Nepal when she was young. A few years ago, they moved to Hartford, Connecticut, but eventually relocated to Akron because of how difficult it was to find a job in Hartford.

The Budathoki family opened the Himalayan Bazaar in December 2016.
Other clothing stores offer similar products to North Hill as well, such as Khusie New Collection. While these stores may compete with one another, together they offer residents a variety of beautiful clothing, jewelry, shoes, and other items imported from Nepal and India. Together, they help the residents of North Hill maintain their cultural identity while trying to navigate a vastly different Western world that demands conformity and emulation.

Woven in Exile is another network of Nepalese-Bhutanese people, tied together by clothing and textiles. In Woven in Exile, started by Terry Kuhn, Bhutanese women come together to learn and practice the skill of backstrap weaving. Here, the women can weave, create a network among each other, and make money by selling their work. They also create a variety of items, like yoga bags, handbags, and placemats. These items feature a rainbow of vibrant colors and designs.

(Some of Bishnu’s weavings from Woven in Exile)

For members of the group, like Bishnu, it made a huge difference in her family’s integration into life in the United States.

“One reason [she enjoys the group] is in 2009, there were not any jobs. When she weaved, we would get a little bit of money, and she can pass the time by weaving also,” Durga, Bishnu’s husband, translated for her.

For the Nepalese-Bhutanese residents of North Hill, clothing is more than just something to cover one’s shoulders and legs. It is apart of their identity. They may not wear the clothing of their home countries frequently, but when they do, it means more than just a special occasion. It represents a time and place where they can express their heritage and culture to their heart’s content. 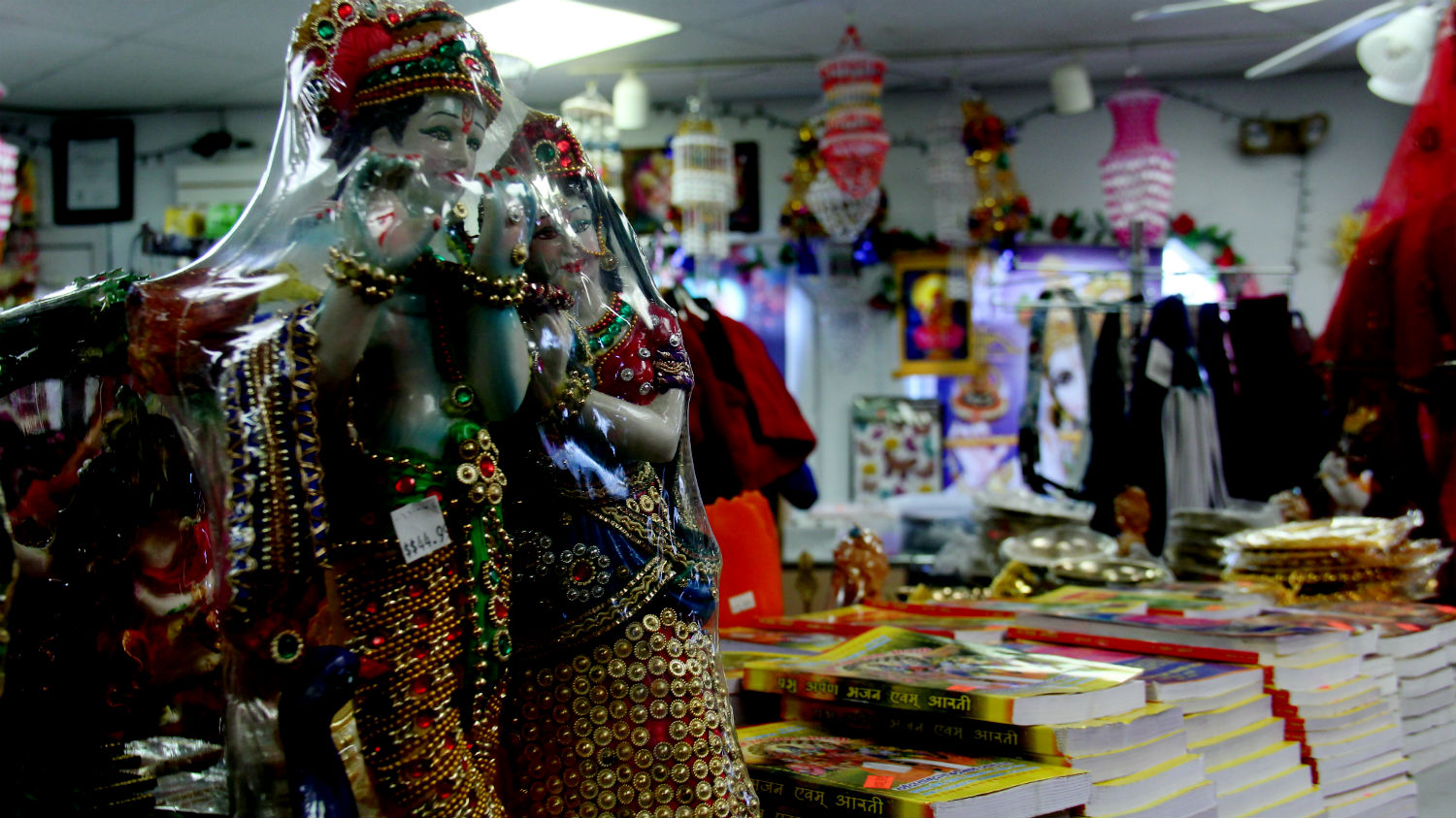 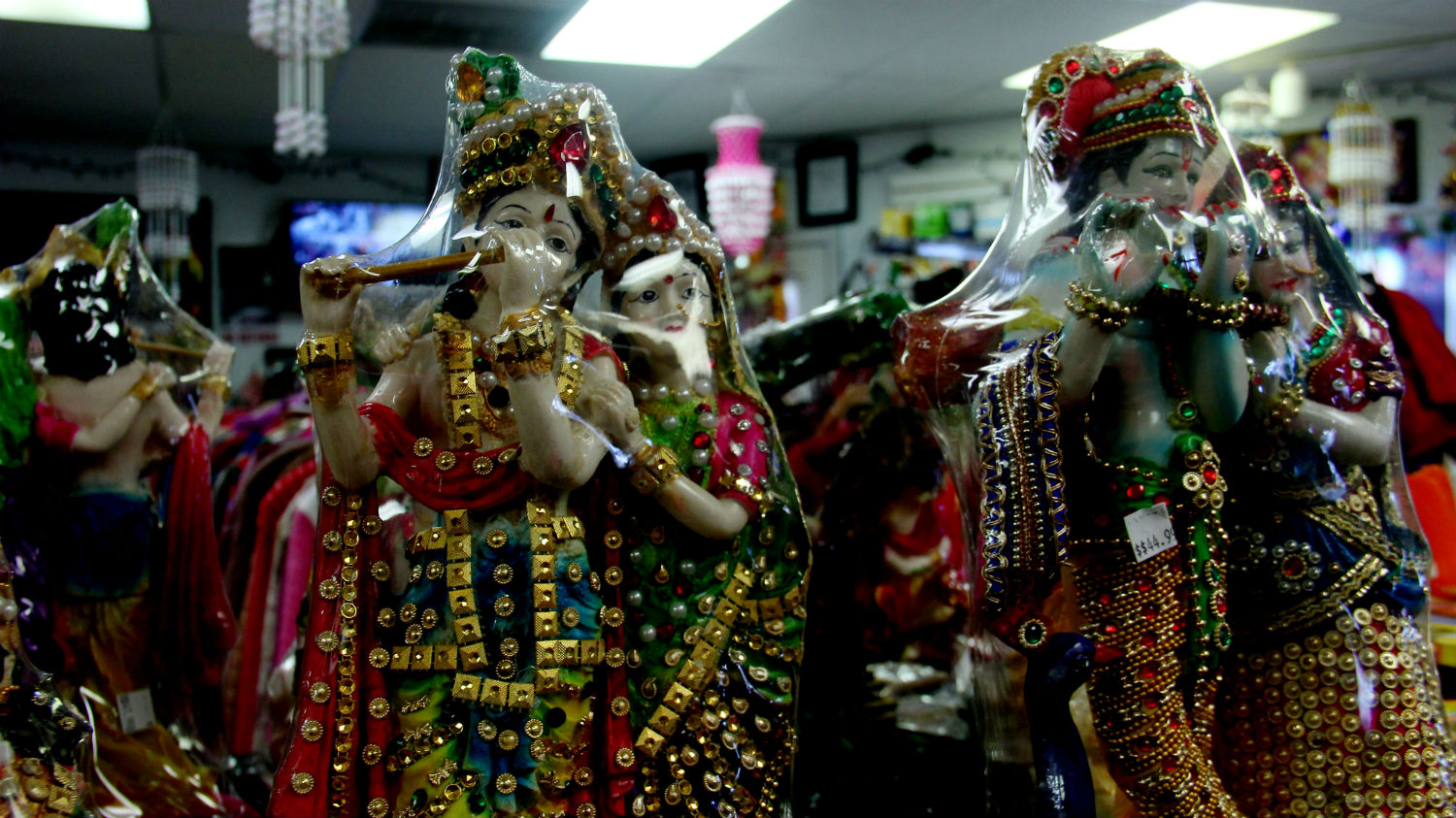 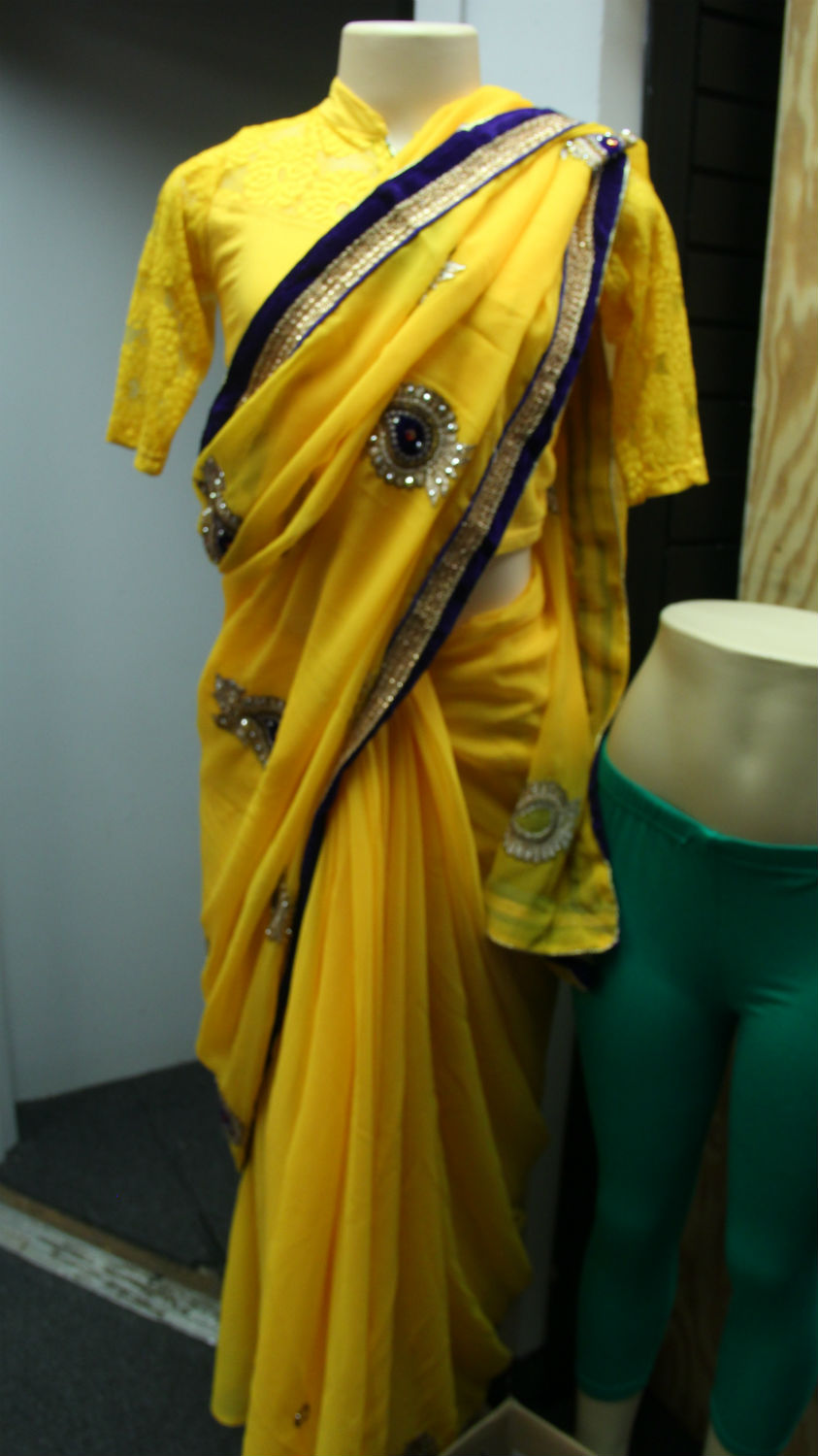 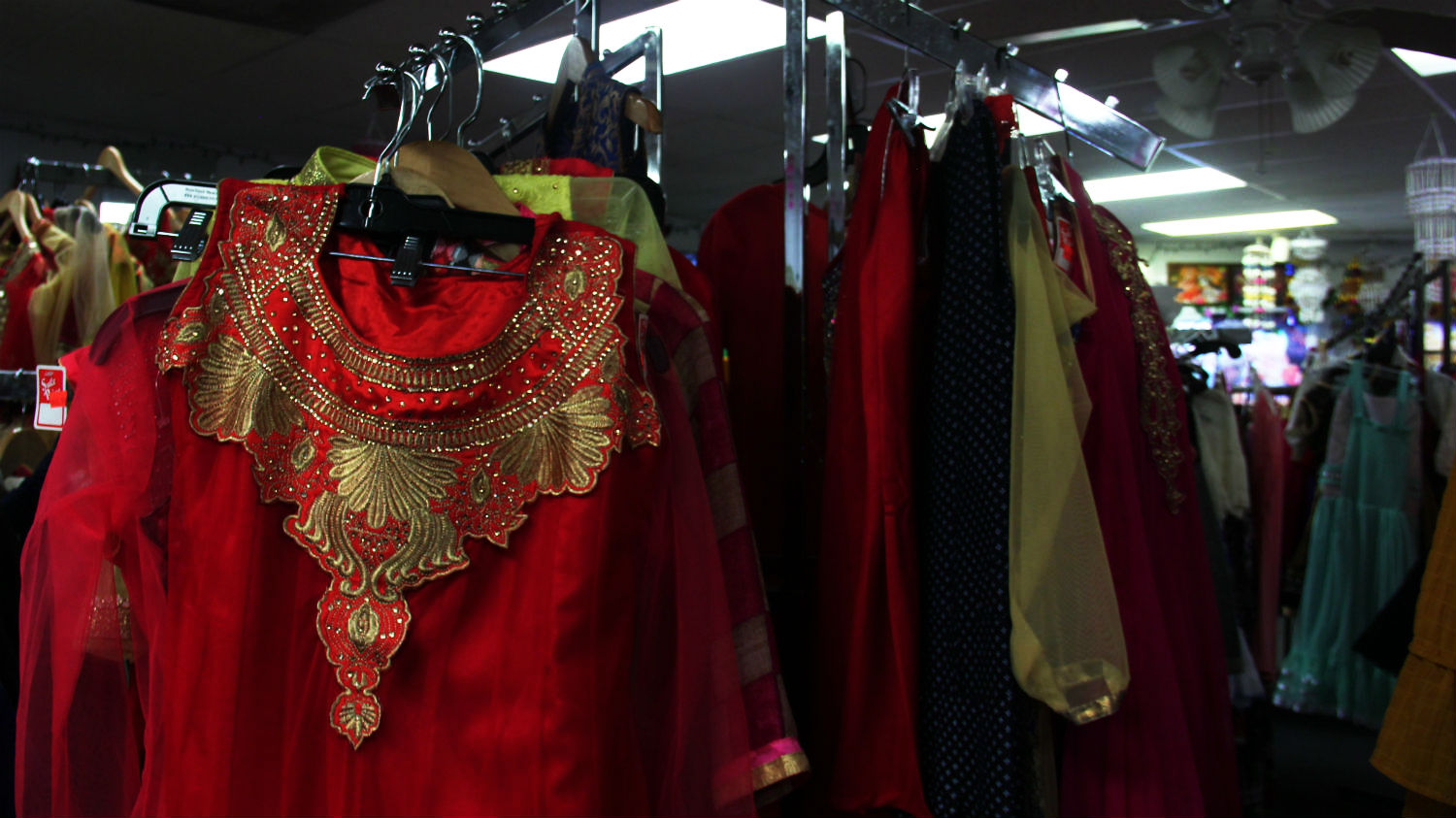 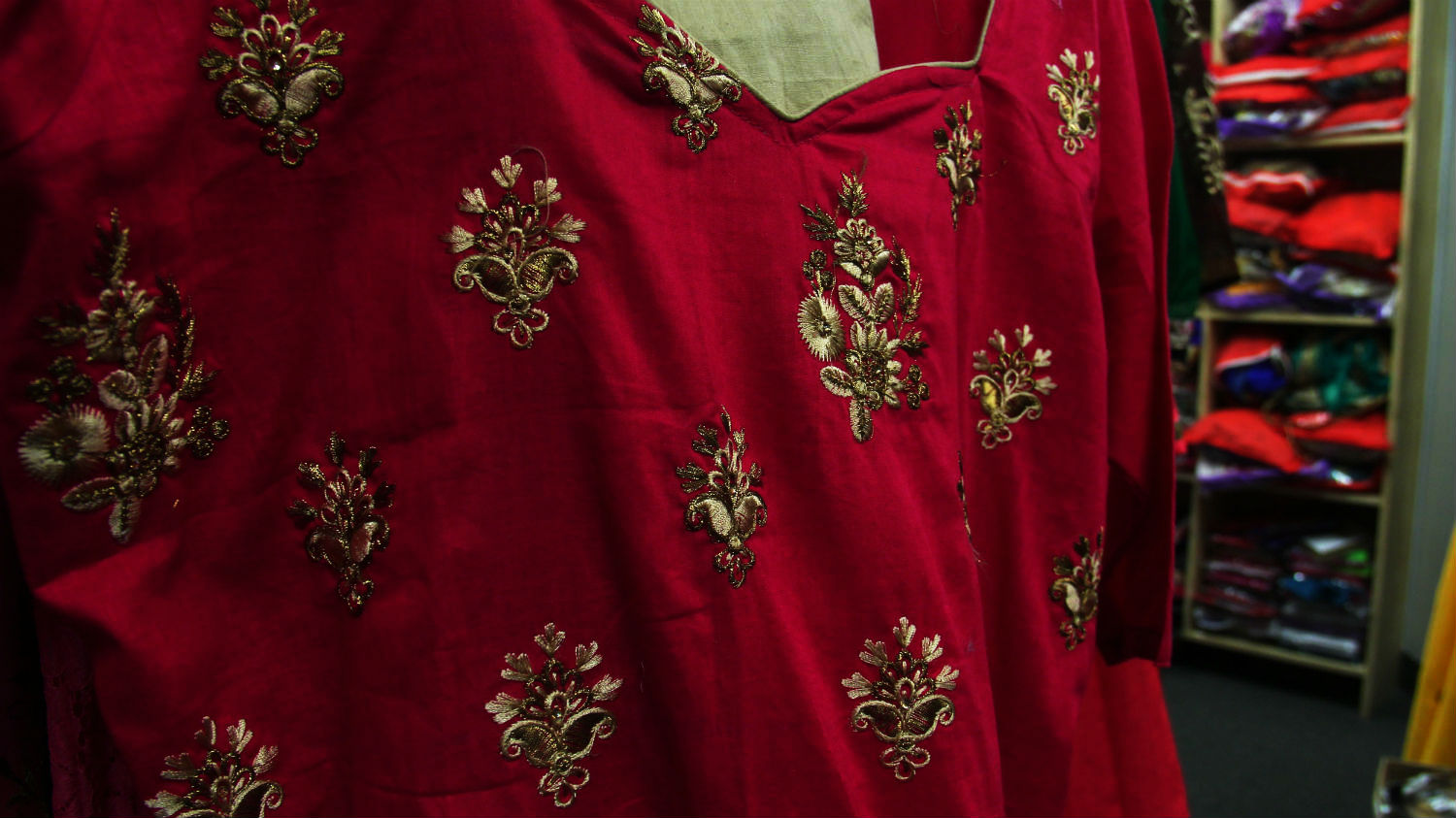 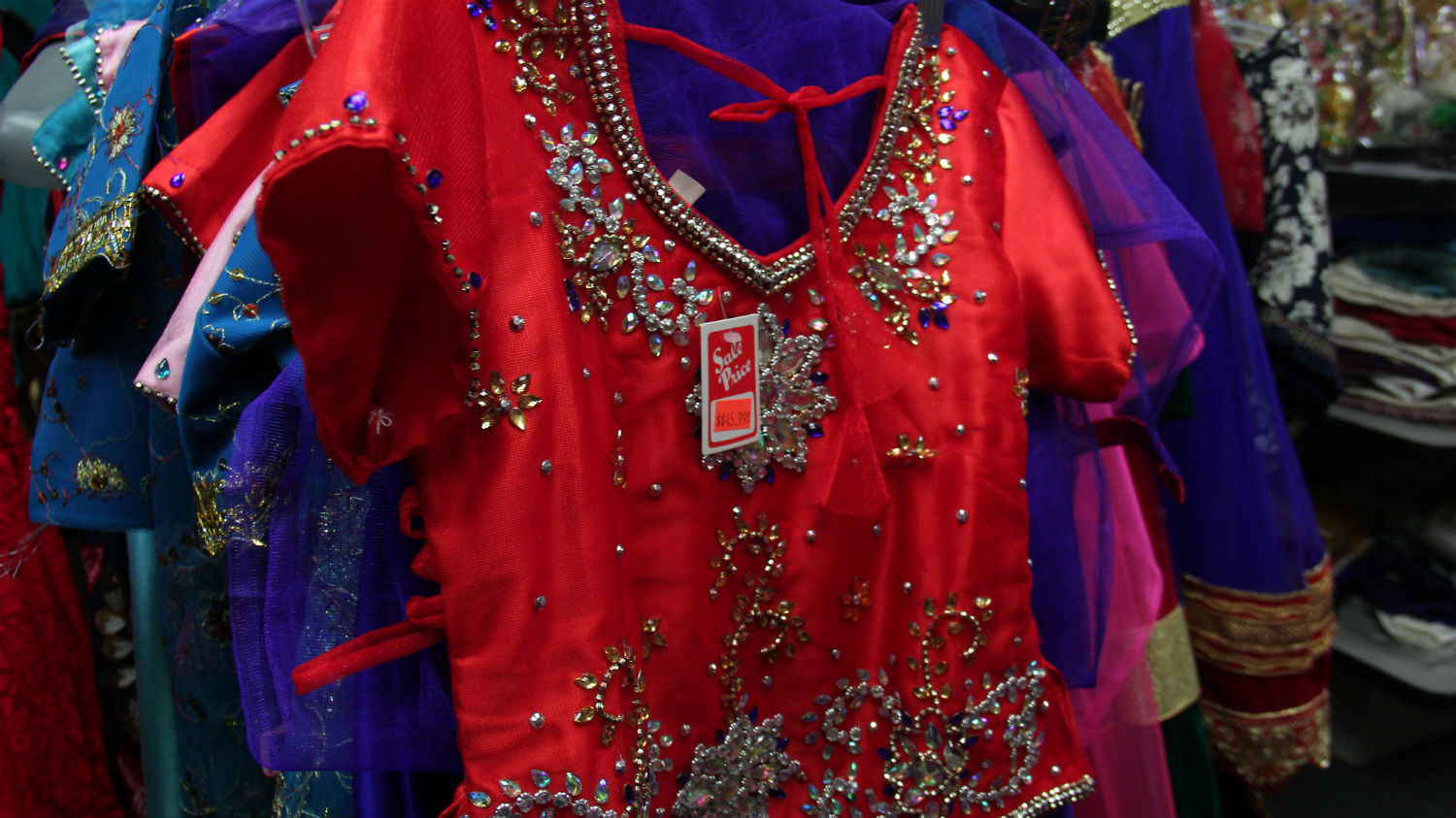 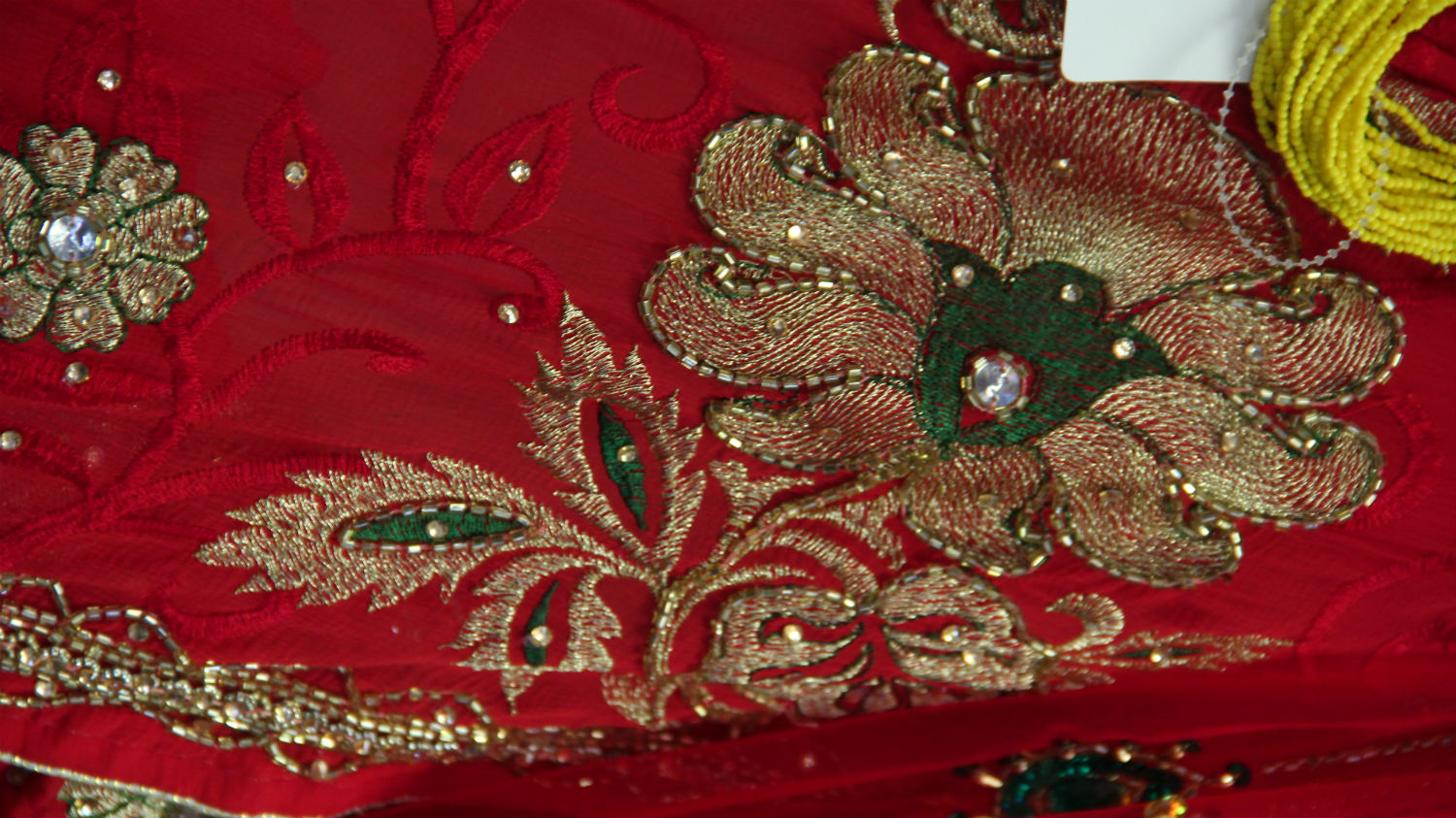 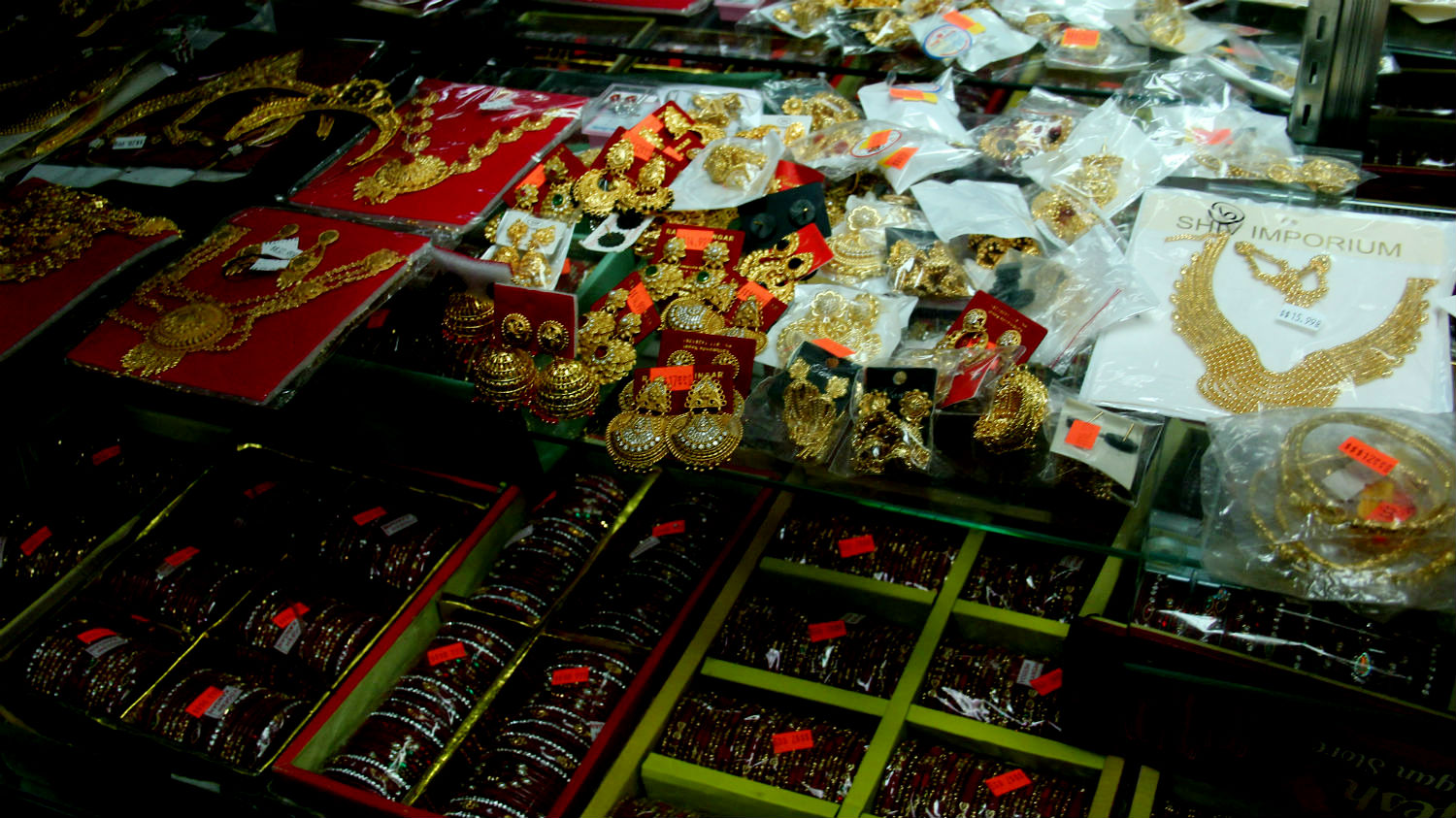 A close view of the store 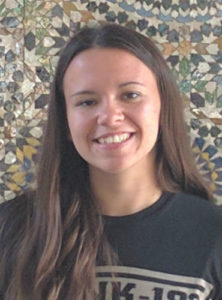 Allyson SmithJounalist
Allyson Smith is a senior at The University of Akron who is studying media production with a minor in anthropology. She is currently the producer of a show called “300 Seconds of Science”, as well as the News Director of WZIP 88.1 FM. Allyson’s dream career is to travel and make documentaries about different cultures.