A Tale of Two Refugees: Interpreting a Foreign Land

A Tale of Two Refugees: Interpreting a Foreign Land

Language is everything. The very fabric of communication. Every day, knowingly or not we as humans use language to interact and interpret our very lives.

Imagine having no place to call home. Forced to reside in a refugee camp. Eventually deciding to go over to a completely new country and begin life again. A foreign country. A foreign tongue. This story may not be your story, but it is the story of thousands of Nepali refugees who have found their new home in the soils of Akron, Ohio. Two of these people are Bhim Dhungana and Neema Tamang. Bhim and Neema have different stories but share a similar passion for language and achieving success.

Bhim first arrived in the North Hill area of Akron in 2008. Bhim was one of the very first refugees to help establish the North Hill Nepali community and make it what it is today.

Bhim was originally from Bhutan where he lived in a refugee camp for 16 years. Bhim does not share fond memories of this time.

Bhim now works as the interpreting coordinator for the International Institute of Akron. His main goal being to get an interpreter for a business, doctor, or any place that needs interpreting services. Bhim still does do Nepali translation as a side to his main job at the institute. However, when he first came to the U.S. it was hard to find work.

“This was not a good time to be here in Ohio because there are not many jobs,” Bhim explains.

He found work as landscaper, a cell phone salesman at a mall kiosk, and the International Institute before landing his current position.

I asked Bhim about identity and how hard it was to get acclimated to the changes of a new country. He mentions the language barrier as something that everyone must overcome. Upon first coming to the U.S. he found himself uttering phrases such as “How’s the weather?” In Bhutan, Bhim explained that strangers are more open upon first meeting.

“In our culture if you meet a new person you say, ‘where are you from? Where do you live?”

Still he found a way to make a little haven for the Nepali community in North Hill. He considers the Nepali people at large to be hardworking and friendly people trying to succeed like anyone else. Bhim learned English at six years old. He tells me that some do not understand him and that his English is akin to that of the Indian tongue.

Still Bhim likes to speak his native language of Nepali and even makes sure his three year old son practices it at home. Language is a way of preserving and shaping a cultural identity.  However, Bhim does not like to view America as a melting pot. 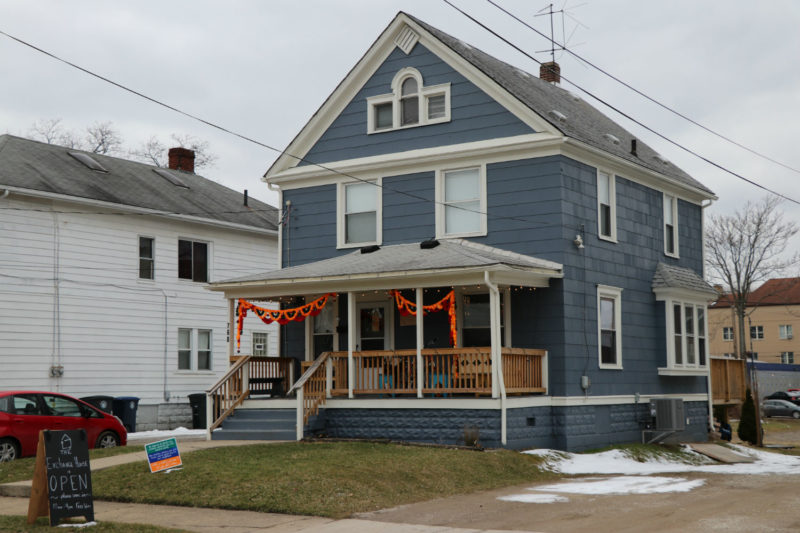 Neema Tamang is another refugee I spoke to about their transition to America. Neema and Bhim both share the similarities of ending up in Akron, but their personalities are different. I first met Neema a few weeks prior to our interview. He was performing a silent act on stage. It was in a darkened room at Akron’s Summit Artspace with Neema in the spotlight. This particular performance had the added difficulty of conveying words with no language but body language.  Interesting considering Neema speaks Nepali, Hindi, English, and his native language of Tamang.

He grew up in a refugee camp in Eastern Nepal for 17 years before he and his family came to America. Though, it was not something he thought about his whole life.

Oftentimes during our conversation, Neema’s brain is going a mile a minute as his words overlap in excitement to answer my questions. When first arriving in America language was the toughest barrier to overcome.

“The first year was crap,” he flat out tells me with a smile. Soon after, he got involved in theater and performing.  For Neema, performing is something he had done a good majority of his life dating back to his days in the Nepalese refugee camp.

When Neema was in seventh grade he was a co-founder of the Suruwath Theatre. This theater allowed for artists to perform among the seven refugee camps in Nepal. It was at a cultural fair at school that he became involved in theater again.

“I was always dreaming about it and sharing with my friends,” Neema tells me.

Neema began working with the local Akron Gum-Dip Theatre. The Gum-Dip Theatre is where Neema does a good majority of his performing and works with Artistic director Katie Beck.

We talked about being involved in the community and preserving a cultural identity. Neema does not like to use the word “identity” in the traditional sense of referring to a place of origin or an ethnicity. Instead, upon meeting a person who may ask of his origin he will simply say what he feels.

“I will introduce myself as an artist.” 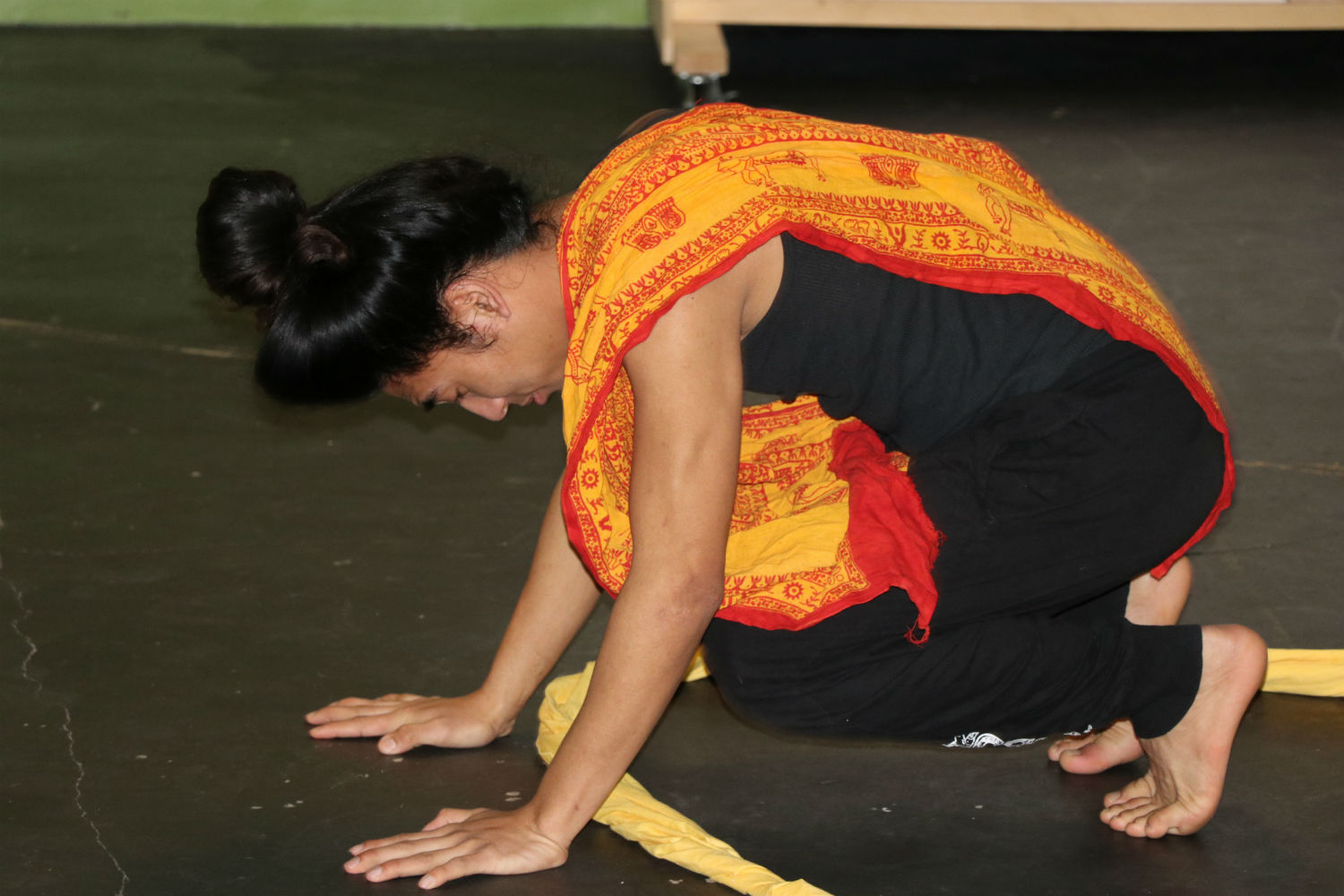 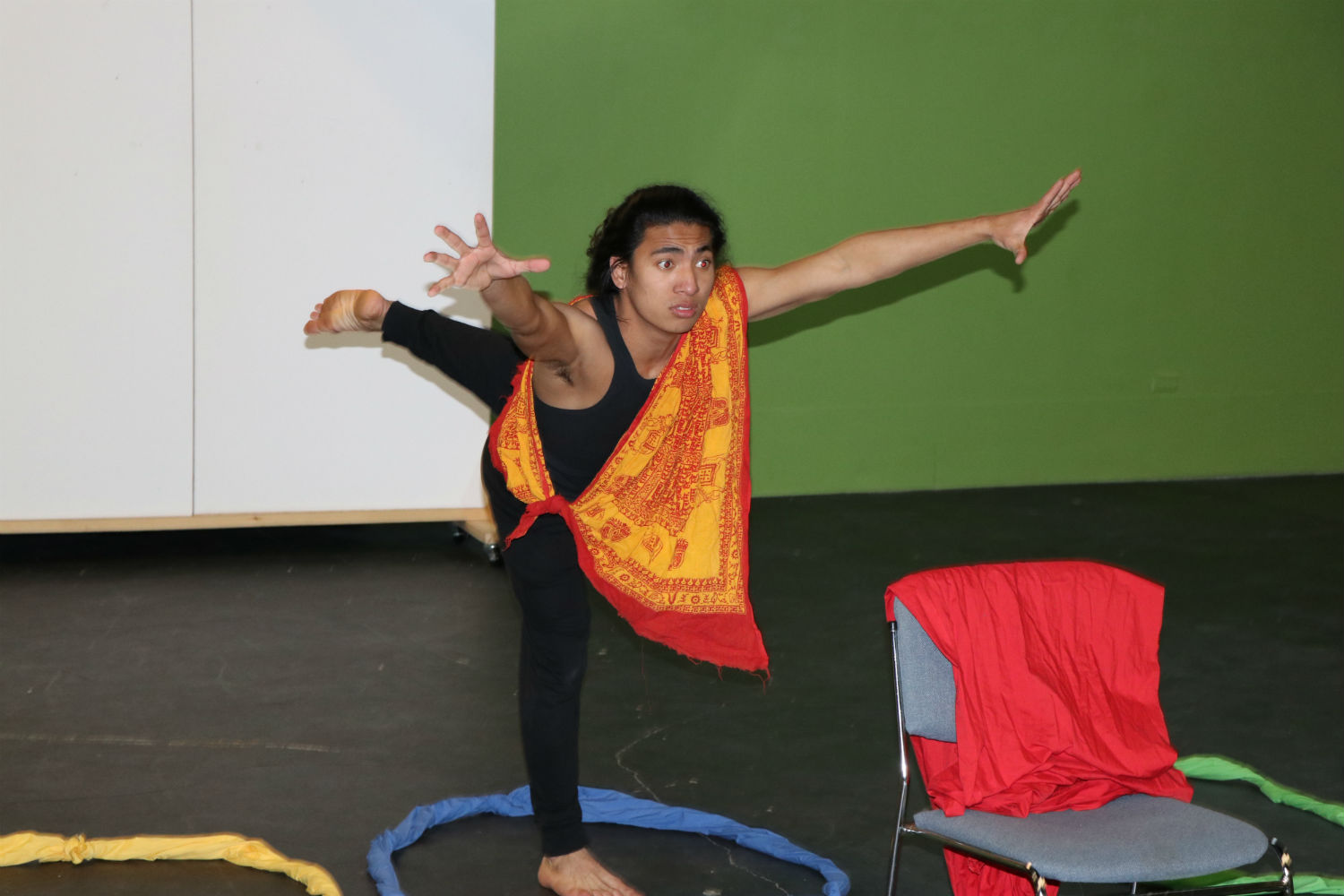 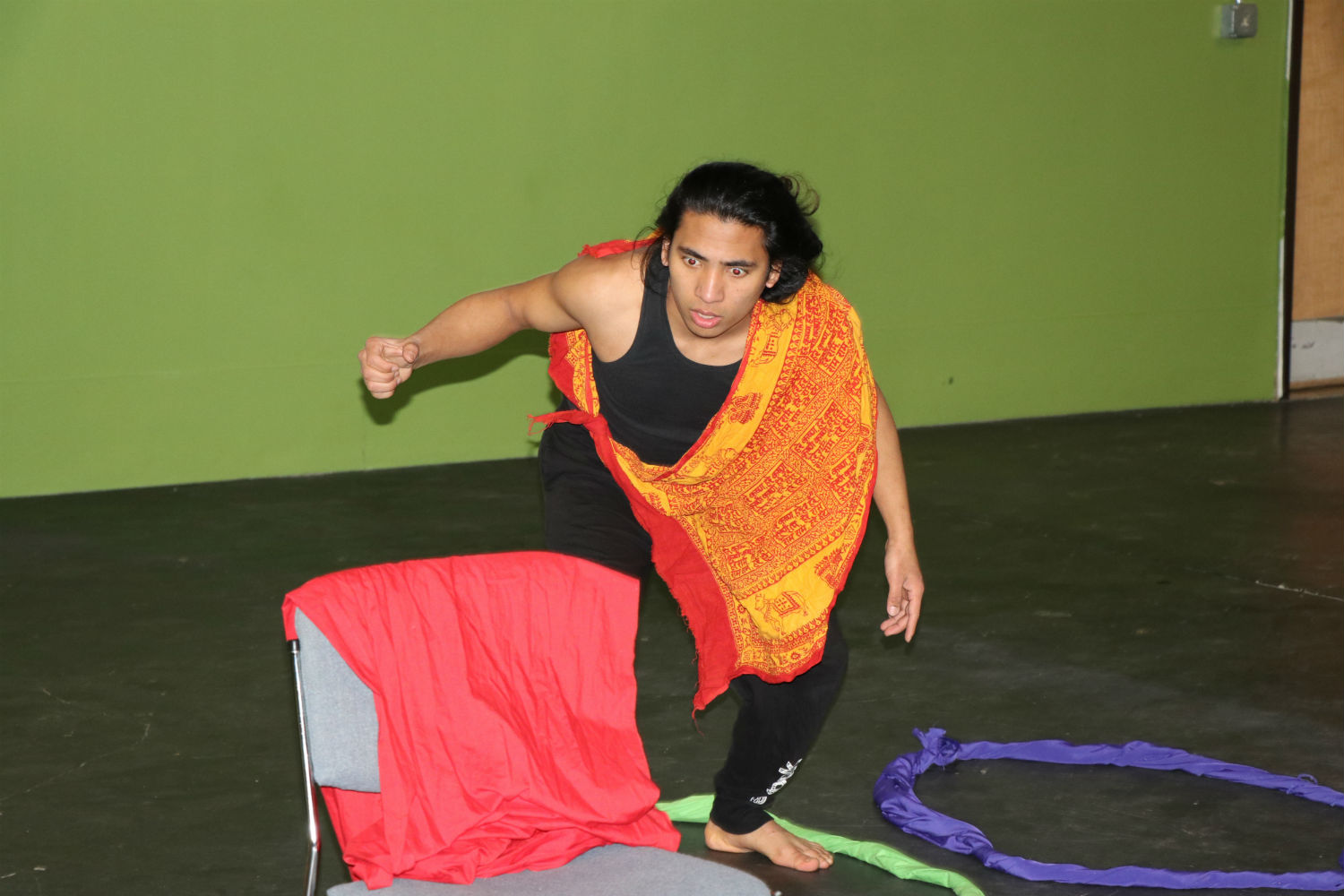 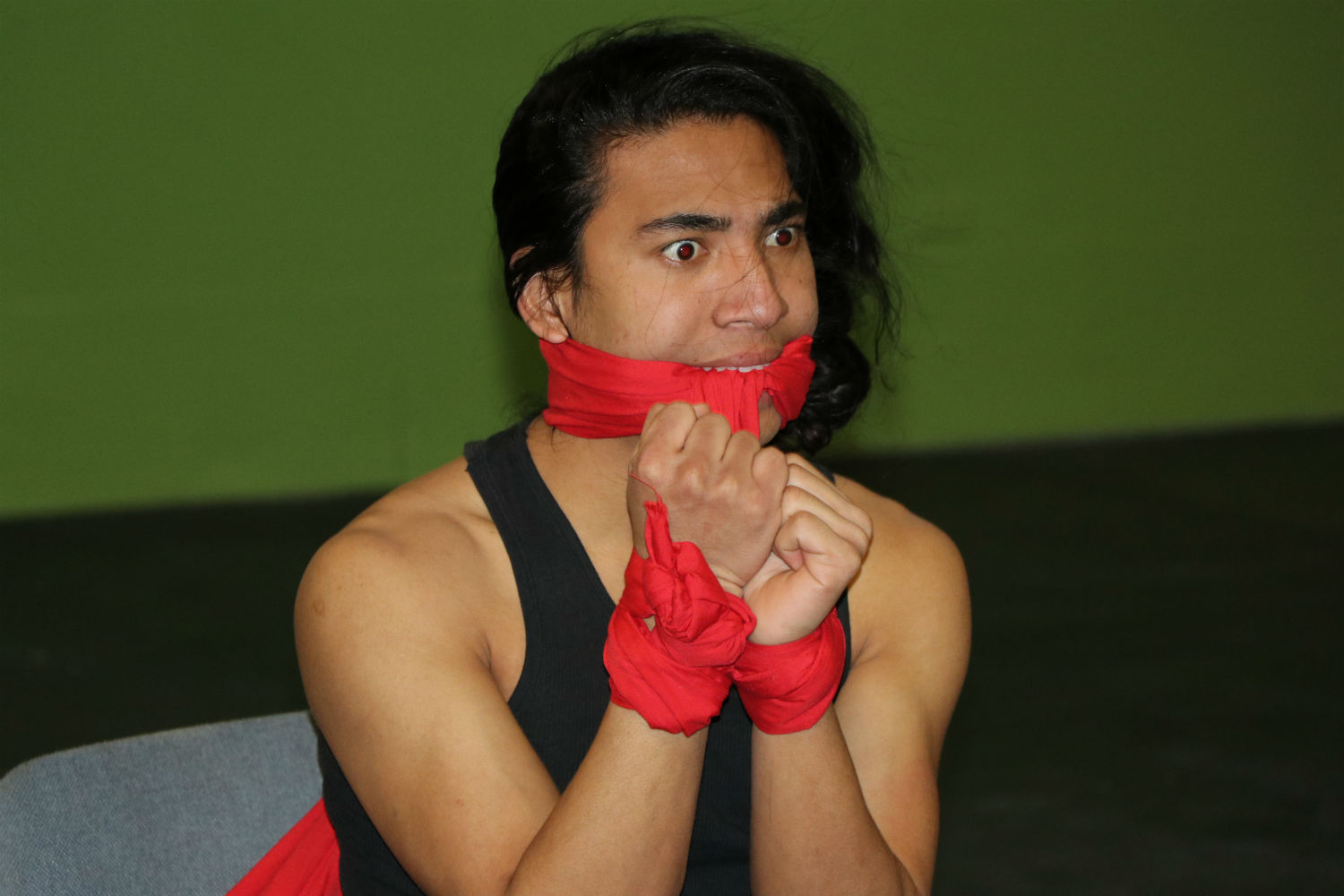 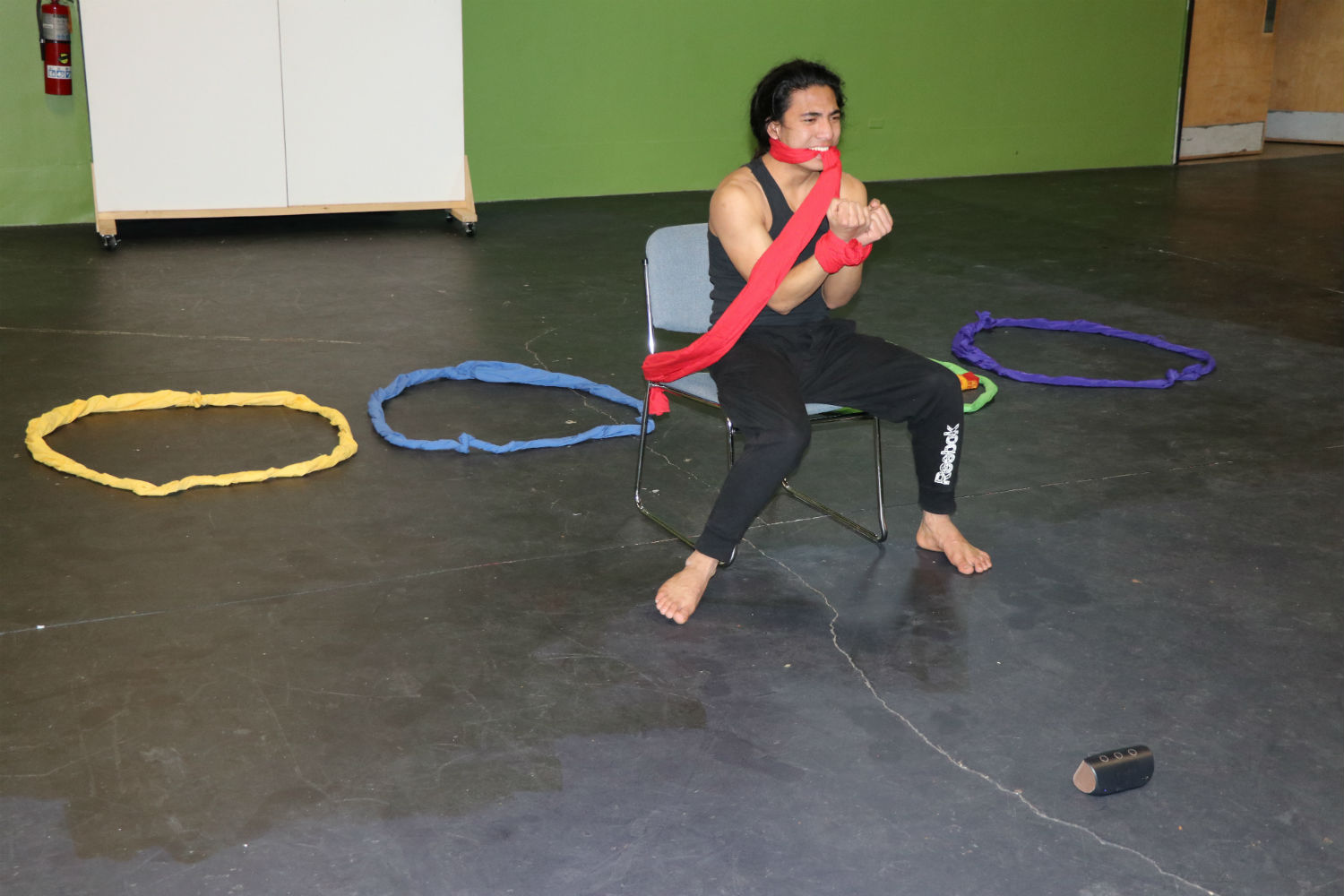 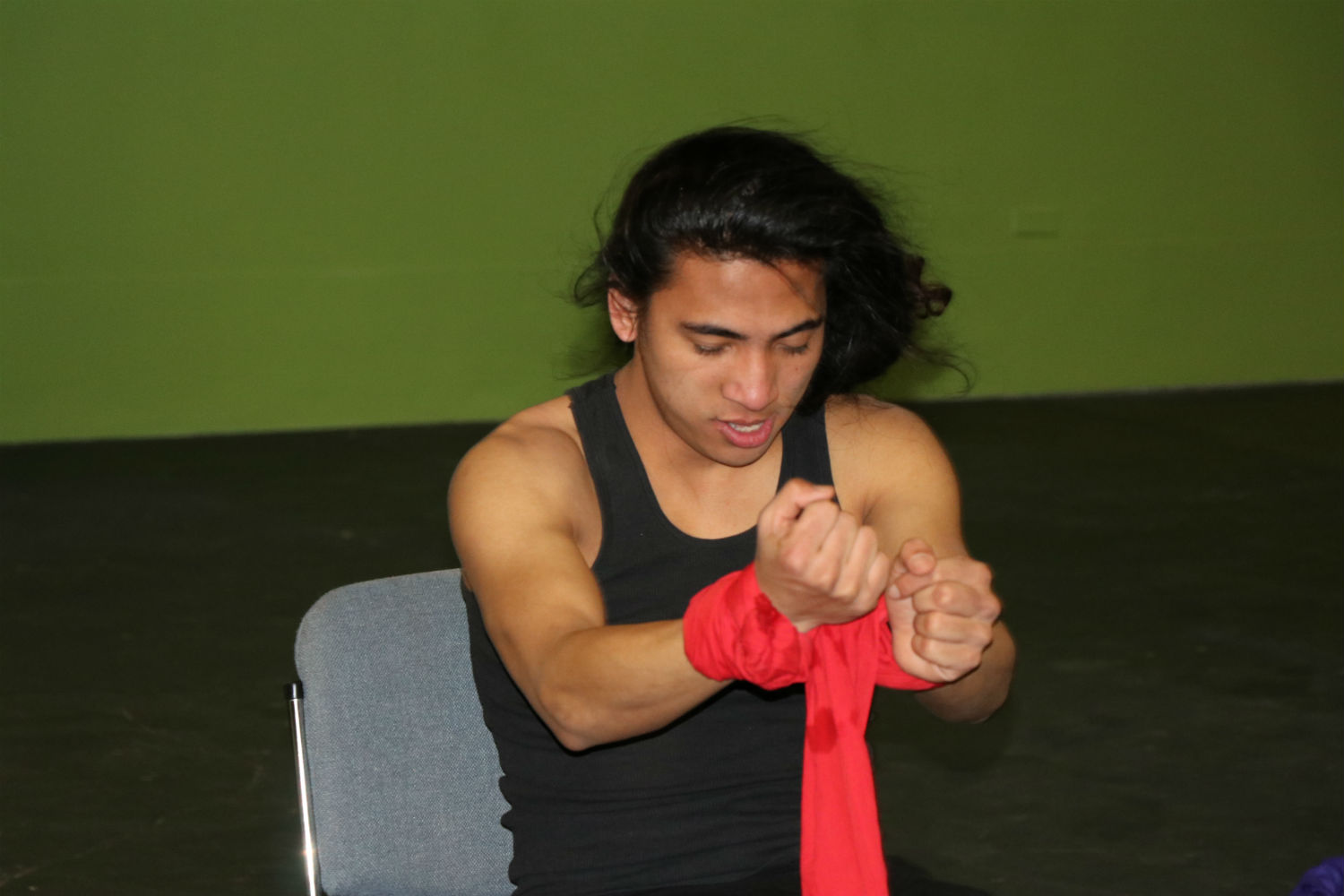 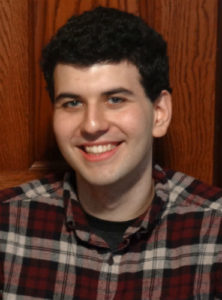 Christopher SeifertJounalist
Christopher Seifert is a recent graduate from the University of Akron with a degree in Media Productions. He previously developed content for University of Akron TV station ZTV. There he made content for sketch comedy, science, and news. He currently lives in Akron and likes to stay active in the community. His hobbies include films, writing poetry, cooking, and eating pizza. He hopes to one day work in film production and be able to write and produce his own films.