When was the last time you saw an owl? At the local zoo, perhaps? Well, if you pay visit to Kikinda in the middle of November, in the city center, on the city square, you may feast your eyes with a hundred or so sitting in a tree!

Indeed, this small town in the north of Serbia is a real treasure for owl lovers. Even the BBC covered the story about the biggest long-eared owl roost in the world. How big, you may ask. Well, it’s not called the World Owl Capital for nothing! The Urban Birder also mentions it as one of the greatest urban city bird watching experiences. With a little imagination, you could picture yourself standing in the middle of Hogwarts’ post office. Except that this time the owls won’t’ be hooting and resting in a tall tower. They’re feeling more at ease in the middle of the town square.Kikinda’s trees seem to be just the best place in the world. Around 750 birds were spotted enjoying themselves in the town center, and a tree can have up to a hundred of them!

Truth be told, you shouldn’t expect to see Hedwig sleeping on a branch here either. This species is probably closer to Ron’s Pigwidgeon or Errol, judging by its greyish looks. The Latin name of Kikinda’s favorite bird species is Asiootus, or as it’s more commonly known – the long-eared owl. Regardless of their perhaps too ordinary looks, these owls are really something special. While most of other species prefer solitary roosting, the long-eared type is much more sociable than its relatives. Communal roosting isn’t what most owls do. Normally, you’ve seen only an owl or two sitting on a tree in the wild, haven’t you? Now imagine a hundred pairs of big, wondering eyes looking at you from a single tree. You see my point. What the long-eared owl perhaps lacks in stunning or extraordinary appearance, it more than makes up for it by turning into one mesmerizing sight when grouped together!

As you can see, these lovely nocturnal creatures are one of Kikinda’s genuine attractions. Unfortunately, their capacity for transforming the town’s life hasn’t been explored to the fullest.

As a town, Kikinda is in a very favorable location. It’s just 40 miles from the Hungarian border, and less than 5 miles from Romania. This town is situated in the most nationally diverse region of Serbia. Consequently, it is a home town to different ethnic groups and religions, living together and embracing their diversities. Sadly, what is common for all of them is the current unfavorable economic situation. The unemployment rate is rather high (14%), and women comprise half of that number. The unemployed female population comes from different backgrounds. Some have graduated only from elementary school; others finished high school, while some ladies are senior citizens. In addition to all this, tourism has been decreasing at a steady rate of 9.5% since 2006. The future doesn’t look too bright for Kikinda and its kind folks. But that’s where the owls come into play.

Let me now repeat the question: when was the last time you spotted an owl? However, don’t think about a living creature this time. Allow me to rephrase it: When was the last time you saw an image of an owl? Indeed. You have to admit, owls have become a pretty huge part of marketing in the last couple of years. 2018 could rightfully be called the year of the unicorn since we’ve started seeing rainbow horns everywhere. Nevertheless, cute, funny owls with their curious, confused stare are still very much present. You must’ve noticed they’ve been literally put on every mug, notebook, t-shirt and bag there is (among all the other stuff). Why shouldn’t Kikinda do the same? What I have in mind here is the good old branding.

Having already proven the originality and phenomenon of Kikinda’s owl situation, the only thing left to be done is creating a local brand. Surely, there are lots of manufacturers using owl images to create souvenirs, but the official owl image has still not been created, which is a real shame. Producing a recognizable and genuine brand image would create new business opportunities for creative industries and increase tourism rates a great deal. It is universally acknowledged that a brand is what draws people to visit places. You can’t come back from London without something as much as a red telephone box keyring, can you? It’s simply a must! Even if you couldn’t care less for such trinkets, you’ll buy one it because someone asked you to. A brand is one of the main motivators for tourists. As for the local population, it could be a real life savior by creating new job openings.

Kikinda is famous for its local crafts and handicrafts. There is wax and soap production, licitars (special heart biscuits makers), traditional leather shoe makers, embroidery and so on.  Surely with an increase in production comes a need for new job vacancies, too. In addition, citizens would be encouraged to start their own little manufactures. With a bit of support from the government and non-government organizations regarding the promotion and initial investment, the need for the branded items would keep rising. A starting point could be setting up the local owl festival (or proclaiming an owl month!) and putting Kikinda on the map of European bird watching tours, as well as other tourist arrangements.

As you can see, there’s much more in Kikinda’s long-eared owls than meets the eye. Hopefully, their potential will soon be recognized and tourists from all over the world will be pouring in to get to know this charming, friendly town. By producing a brand, Kikinda’s citizens will greatly improve their finances, and begin creating tighter bonds among themselves as well, which is truly priceless. 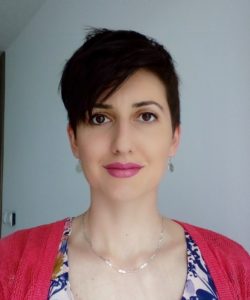 Bojana PetkovicJournalist
A writer, a proofreader, an English teacher. Interested in making the world a better place, fascinated by different cultures and customs, and keen on travel and fitness.