When we talk about Serbia, I’m sure that many people first think about tasting food or visiting some villages that look much-less like they are still in the 15th century, but few people really think about traditional clothes and shoes. There are musicians and dancers who wear traditional shoes and clothes while performing across the globe, but people pay more attention to their moves and singing than to their shoes, for example. Made from leather, traditional shoes – Opanci(plural), or opanak (singular) – made in Serbia are very light, comfortable and durable shoes. They are traditional peasant shoes. The basic piece of leather is larger than the sole, with holes on the sides.  Thin strings of leather make shoelaces that are wrapped around the ancle so that opanci fit perfectly. In the winter, people wear socks made of wool inside of a (cold) leather opanci. 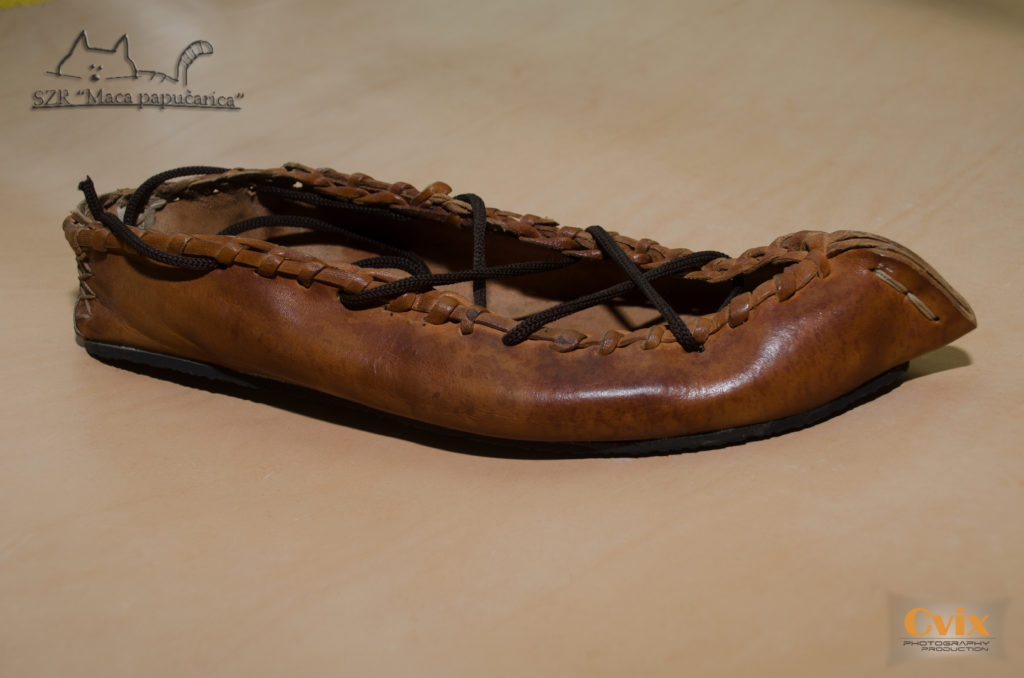 People used to make opanci themselves only few generatios ago. For example, my grandfather told me that his brothers and him could make their own opanci from a piece of leather. And when I was a child, my mom got me one of them from the fair we visited and they were super light and really effortless to wear. These kind of shoes are still popular among older farmers, even some younger because they are very comfortable for every day wearing. 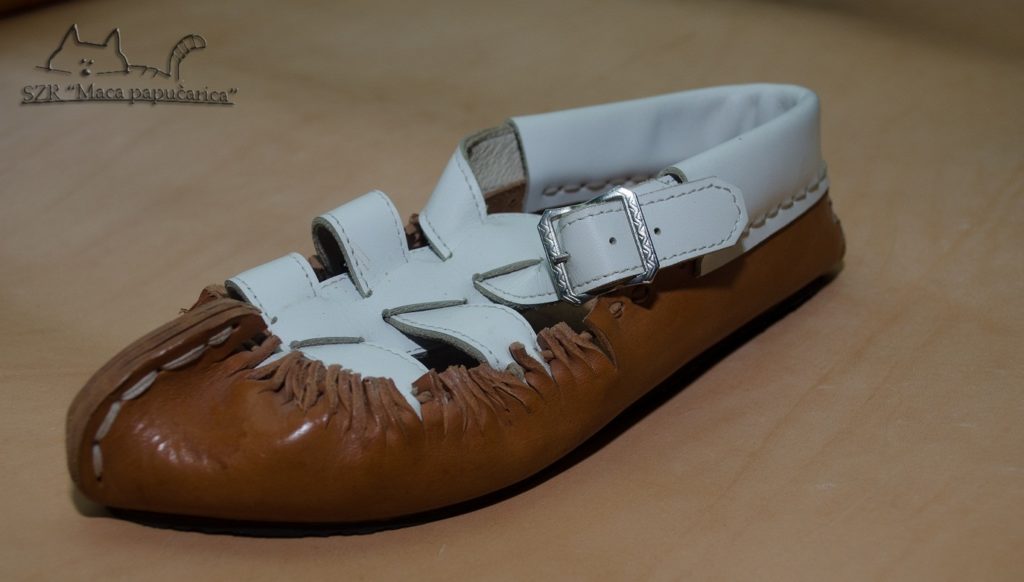 In Serbia nowdays, people don’t make their own shoes anymore, but there is one lady who makes traditional shoes for anyone who likes to experience wearing them or who wants to dress traditionally for special occasions, like weddings, which is becoming more popular today among intellectuals who want to make their wedding unique. For example, when my friend from Serbia married her Indian husband and they (as well as their families) were both wearing their ancestors’ traditional clothes, and she got her clothes and shoes designed specially for this occasion by the people who make them.

There is many people from Serbia and other former Yugoslavia countries who have migrated to developed countries and they often buy traditional shoes as a gift or to wear them themselves on special ocasions.

There are only about a dosen people who can make traditional Serbian shoes and only one of them is fourty-something Mirna Rackov from Kikinda who used to work as a shoemaker in local factory until she started her own small manufacturing business in 2009. The interesting fact is that traditionas shoe-makers were mostly men. There is a few more women in Serbia who make traditional shoes, but Mirna is the only one who got Certified from the Serbian Government.

She used to work for the small manufacturing business that she didn’t own and she wasn’t satisfied with the paycheck and working conditions, so when she got the offer to make traditional shoes, she liked the process of making them and she decided to quit her job and start her own business. That was a very brave step to take in Serbia, having in mind that many people don’t have jobs or are afraid to quit a low-paying one they are not satisfied with.

By now, she has made over 5000 pairs of leather traditional shoes. Traditional bands and dancers are wearing her shoes as well as people who want to have the shoes for special family gatherings or weddings. Her shoes are now in the USA and Australia and currently she is working for two Serbian traditional bands from Romania. 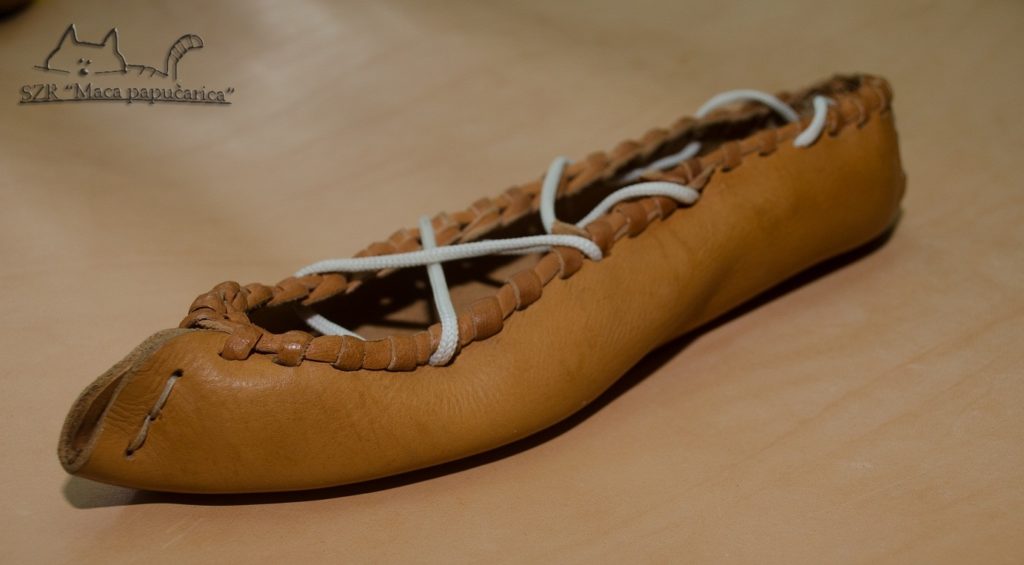 She can make Serbian, Montenegrian, Bosnian, Croatian and Macedonian traditional shoes. She is also making boots, dancing shoes and flats. She has over 25 models of different handmade shoes. She can make 5-6 pairs of shoes per day.

When she made opanak for the first time, she liked the process more than making other types of shoes, because the only material she needed to make an opanak was natural cow or pig leather, so it was a unique experience for her as a shoemaker.

The making process is difficult and demands different stages – cropping, drilling and making a model. So few original old shoes has been saved so it is hard to get an example of them. When she gets an example, she can make identical copies, but the making time depends on the difficulty of a pattern. The estimated time of making one pair is from three hours up to three days, if it is a new example for her.

The price per pair of opanci/traditional shoes is 20-40EUR, depending on the price of the leather she is using.

Her contribution is not only to the economy of Kikinda, but to the conservation of national cultural heritage not only of Serbia, but also of Montenegro, Bosnia, Croatia and Macedonia.

She used to wear traditional shoes when she was a child and she named her business by a story – Shoemaker Kitty, this is what the name of the business really is. 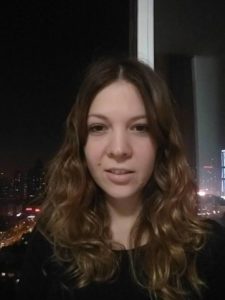