Licider hearts: an old tradition as an inspiration for contemporary entrepreneurship

Licider cookies are colorfully decorated biscuits made of sweet honey dough. They are similar to gingerbread cookies. Traditionally they are made in vibrant red color, and the most popular shape is the heart. Initially, this type of cookies had only square and round shape, but soon bakers and pastrycooks began to use cookie moulds in various forms. In old times they were selling at the fairs, during different festive celebrations and religious holidays, and usually were given as an ornamental present to the dear people. Most often, the boys were giving red-colored licider heart with a mirror to girls as a sign of love and fidelity.

The word licider originates from the German word lebzelter, which means pastrycook who hed a special permission to make cakes with honey. This is an archaic word that is no longer in use. The modern German word for this type of cookies is lebkuchen. The beginning of the history of these cookies is placed somewhere in the 16th century when a similar cookies have made in the monasteries of Central Europe, especially in Germany. During the next two centuries, there was a great expansion of making licider cookies at the territory of Austro-Hungarian Empire. From there it spread to other European countries.

In Serbia, the craft of making licider cookies was brought in 18th by Germans who inhabited the territory of today’s Vojvodina Province. Gradually the Serbs who were candlemakers began to master the skill of making licider cookies. The merging of these two professions stems from the fact that both use bee products. There also were some practical reasons for this. During the winter period when a large number of religious holiday took part, the craftsmen were making candles, and in the summertime when various fairs and festival are held, honey cakes were made. 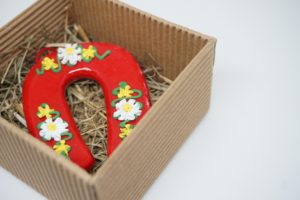 In Kikinda and nearby there are sveral licider workshops. The most known one is owned by Has family. They have nearly two hundred years of long family tradition of making licider cookies, candies and lollipops. Their products are handmade according to traditional recipes.

Dinka Has, who runs this workshop, says she learned the secrets of this craft from her mother, but she also remembers that as a little girl had watched her grandmother as she works. Now her daughter takes over the family business as Dinka, who is 62 years old, is ready to retire. But as this is a family business, they all work together and Dinka will continue to help her daughters in business. They do not own the store, and they sell products at the fairs, different festive celebrations and manifestations all over the country.

As the biggest challenge in the business Dinka mentioned finding a way to keep the balance between preserving the traditional way of production and adapting to the modern market. “We make the traditional candies such as hard, silk and jelly, but we are constantly increasing our assortment with new flavors such as sour and mint. We also make new shapes. For example, my mother and grandmother made only luše (pipe candy), but we make lollipops in different shapes, such as the figures of popular cartoon characters. We also adopt the ornaments on the licider harts to modern needs. In the past, the inscriptions were not written on harts, while today we write the words such as I love you. Or, if we received an order for some wedding, we usually write a couple’s initials, and like that“.

When it comes to customers, Dinka says they have loyal buyers. “Now the children of my customers come to buy from my daughter. And it often happens that my elderly customers tell that they remember me as a little girl when they shopped from my mom”. When it comes to the age of customers, Dinka says that in her sweets equally enjoy both children and the elderly. It is the same with licider hearts, young people in love, as well as older couples, like to buy them. “Often an older married couple comes to me, and a husband buys a licider heart to his wife to evoke the time when they were young.”

The secret of making and decorating licider hearts has been kept within the family tradition and passing from generation to generation. Preparation of licider cookies takes several weeks. The dough has been traditionally made from honey, flour and water. After mixing, the dough matures for several days. Then the dough is shaped and baked and again left for two weeks to dry. Once dry the liciders are colored by dipping into a specially made color and once again left to dry for a week. The final part is decorating of the ornaments with the frosting which is making of starch, water, and color.

As well as in Serbia, licider cookies are still making in many European countries. In Croatia they are called licitar, in the Czech Republic pernik, in Slovakia medovníky and in Slovenia lect. Each country has own special way of making these cookies. The process of making these cookies from Northern Croatia is added to the UNESCO “Representative List of the Intangible Cultural Heritage” in 2010.

Today, licider hearts are recognized as a brand and souvenir shops are increasingly selling them to tourist. Often they are not made in the traditional way but come from mass industrial production. That is why the survival of small family manufactures is important. They preserve the traditional know-how and authenticity of the product, especially if we have in mind that some product is a part of the intangible cultural heritage.