Inside the brightly red but dimly lit Namaste Cuisine, Abi Bhandari fiddles with a remote, pointing it at a television screen attached to a support pillar in his restaurant. Standing at five feet and seven inches with sleek black hair and olive skin, Abi furrows his brow as he attempts to access Youtube; the arrow buttons on the remote refuse to cooperate. “It’s nice to play traditional music, if the remote will let me.” Abi jokes. But this commonplace struggle are but one of the many that Abi has had to endure throughout his life to arrive at his own restaurant.

Born in Bhutan in 1989, Abi doesn’t recall much from his infant years. “I did not know anything about Bhutan. Like I know about the history of the land but I have no idea what it looks like,” Abi recalls. “My parents had family and friends in Bhutan, but I was only two and a half years old when we moved to Nepal.”

Bhutanese citizens were being deported from Bhutan during an ethnic cleansing event carried out by King Jigme Singye Wangchuk of Bhutan during the late 90’s. Several refugee camps were built in order to accommodate the incoming migrants.

Camp Office, located in the humid plains of Sanischare, became Abi’s new home; the climate revolving between a sultry season and a showery season. The camp is a collection of wooden thatch buildings adorned with colorful laundry set out to dry. Wooden makeshift fences line the dirt roads perforated through the lush, green gum trees, marking where each property started and ended. It was a community of like minded refugees who strive for a better future. At its peak population in 2006, there was over 21,000 of refugees residing in the camp.

“Nepal would be like summer in Ohio but for most of the time,” Abi said, quickly adding “but no snow.” with a warm grin.

Living with his parents and seven siblings, Abi attended school provided by humanitarian workers with all the other refugee children. Abi was a dedicated student who labored arduously for a better future for himself.

“I had a desire to go to school,” Abi said. “We had minimum stuff when it came to things like food and clothes. We were not really hungry, maybe sometimes, but we had enough.

But his new home always had a way of reminding him that he was merely a refugee in Nepal.

“I graduated but it was hard. We didn’t start out with any hope for the future. I don’t know what I could do in the future, because I didn’t have citizenship and nobody is going give me a job,” Abi said. “ I had to study, but studying is not for the job, it’s for the knowledge. That’s what our teachers would tell us.”

As a refugee in Nepal, Abi had little prospects for his future and grew restless during his teenage years.

“It was frustrating because anyone can feel frustrated when there’s no hope. Like we had to depend on the organization in the camp for food. Like what if someone is giving you, for years and then stops, what will you do? I wanted to be independent and provide for myself.”

Abi found part-time work as an english teacher, but with a drive to find a better life, he turned to International Organization for Migration – an intergovernmental organization that aids individuals in finding a home. Once he submitted his application and attended various screenings, he had nothing more to do but wait for a response. And after two years, Abi received a response: he’s leaving for America. 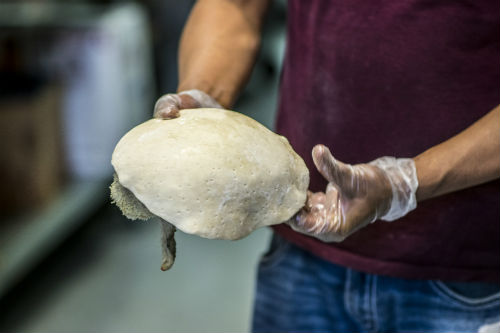 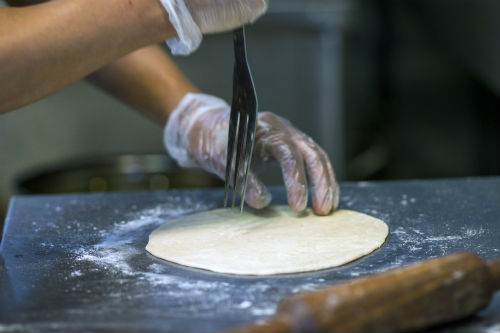 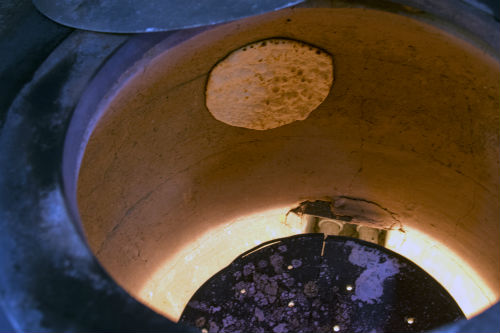 “They had a system, I can’t exactly remember but I know once they approve, they will call you through the phone to tell you and give instructions to go to health inspections and a lot of things,” Abi said. “You have to learn the history and laws of the country you’re going to. It felt awesome when they told me.”

Selected to settle in America, land of opportunity and immigrants, it was enthralling for Abi.

“Like I’m going to a country of opportunities where everyone wants to work at.” Abi said.

Touching down at the Pittsburgh International Airport in 2009, Abi was placed in a job at a manufacturing company where he worked as a supervisor for three years. “It was good work and I felt that I was finally productive.” He didn’t mind much of the snow but appreciated the community he was able to find in Pittsburgh.

Love was able to find Abi as well, through a series of facebook messages and friendly referrals. Pampha, a women with bright red lips and sleek dark hair, was smitten by Abi’s approach.  “I had a friend who knew her family, She lived in New Hampshire and we would start talking more once we finally met in person.” Abi said 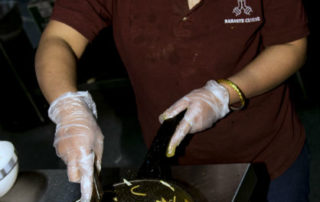 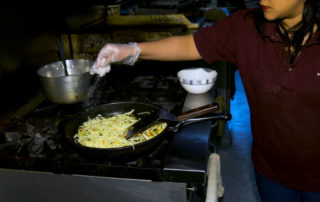 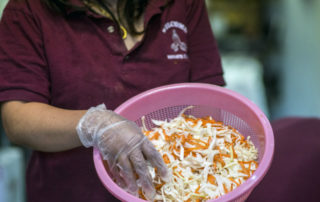 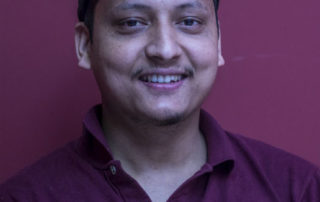 After roughly a month, Abi proposed to Pampha and the two were married in January 2010, setting sights for a new home within America to start their family. They decided on Akron – a midwest rubber town that has faced recent hardships but was receiving an influx of Nepalese and Bhutanese immigrants, all looking for an opportunity they couldn’t find in the beginning of their lives.

Abi found a variety of success in Akron where he was able to help open a grocery store. “In October around 2013, there was grocery store that a family member and I bought, and turned it into the Indian Nepali grocery store,” Abi said. “I worked there for three years before moving to Kent.

With an opportunity to satisfy his youthful desires to establish a steady trade, Abi turned to traditional Indian and Nepalese food. He decided on a space within University Plaza in Kent, Ohio.

“Everything I had to build, almost like 90 percent of the restaurant I had to rebuild. The kitchen was messy and misplaced.” Abi recalls. “And there was like no floor; I had to do all the floors, walls and deal with the sanding and cutting of wood. I had people help me with some of the construction.”

Eventually, the weary and forgotten space was reborn with a new identity: Namaste Cuisine. Red booths line the wall embellished with Nepalese ornaments; tables are fitted with plastic covers that reveal colorful tapestry underneath for customers, each with a small number. The kitchen was moved to the back of the restaurant, where the aromas of paprika and baking naan waft to the front to greet the clientele. 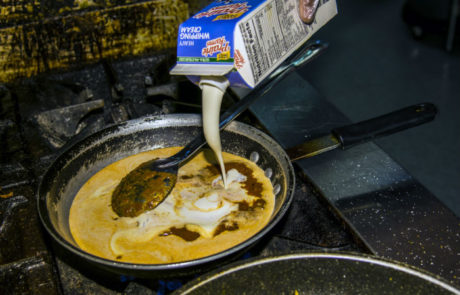 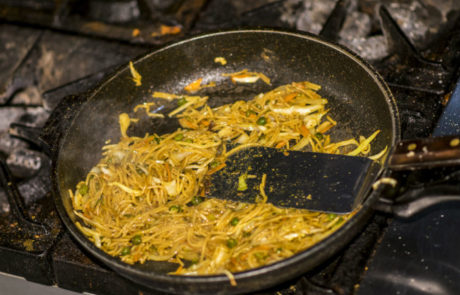 Abi is optimistic about what the future holds for him. He describes his life here as a welcomed change from how things used to be back in the camp.

“Being in America, wanting to work, make a career, a dream, I think this is a really good place and this country is where I can do that,” Abi said. “We worked hard on getting there, especially for my three daughters.”

His endeavor lead him to accomplish a feat that many immigrants wish to achieve: U.S. Citizenship. Previously denied citizenship in Nepal, becoming an American was a powerful moment for Abi, recalling how he’d raise his hands along with other immigrants to swear by the United States and become citizens. “It was a proud moment where I could finally have the opportunities I was denied in Nepal.”

“We have a good place here. I have three. We have a three-month-old baby, a toddler and the oldest is 5 years old. She goes to school and was shy, initially she wasn’t happy to go but now she’s used to it,” Abi said. “It was hard because she was not good with English and she couldn’t speak much to the other kids.”

But reminiscing about his upbringing, Abi is happy that his daughter won’t struggle the same way he did.

“Making money requires hard work. I started as a refugee, so I don’t want my daughters to have a hard start. I don’t want them to grow up like me. They can say that their father was this refugee guy who’s a hard worker,” Abi said, looking at his oldest daughter play with an electronic tablet in a secluded red booth in the back of the restaurant.

“I just want a good reputation for my family.” 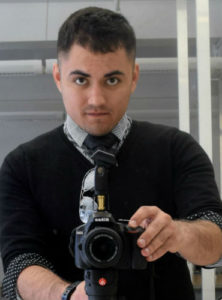 Angelo AngelJounalist
Angelo Angel is a senior magazine journalism major who enjoys a thoughtful story. Hailing from Mexico and graduated from Chardon High School, He continues his education at Kent State University where he’s learned a variety of methods to capture stories whether it be through print, video or photography. After graduation, he hopes to one day find steady work as a foreign correspondent or work within the music magazine industry. Contact him at aangel3@kent.edu.